When Governor Wolf signed the Clean Slate Act into law in June 2018, PA became the first state in the country to automatically seal records for qualified offenses.

For thousands of Pennsylvanians, that meant a long-awaited fresh start. Their past can no longer prevent them from getting that dream job, loan, or home they really need!

Today I am signing #CleanSlatePA legislation into law, which seals criminal records for PA’ians with low-level, non-violent offenses who have turned their lives around. This bill is my admin’s latest effort to make PA safer by helping those who have offended get back on track. pic.twitter.com/8hprJTDrEb

But clean slate reform is only part of PA Dems’ widespread efforts to fix our criminal justice system. Here’s how we’re working towards equal justice at every level.

Governor Wolf is working to enact a comprehensive package of eight initiatives that will increase safety, reduce the prison population, and ensure fair treatment of the convicted.

“We need to do the work to make our criminal justice system fairer, more equitable, and more focused on rehabilitation.” Next, Rep. Harris will turn his attention towards a package of reforms helping PA’s fastest growing prison population: women/parents.

Meanwhile, Sen. Williams is leading a post-conviction DNA testing bill, which would make it easier for the wrongly convicted to access evidence of their innocence.

A State Senator and Vice Chair of the PA Democratic Party, Sen. Street has traveled the state in support of his legislation SB 942, which will provide the possibility of parole to 500+ Pennsylvanians unfairly serving life sentences without it.

Sen. Street’s work reforming the justice system was recently profiled by the Philadelphia Inquirer. He hopes that by speaking with his legislative colleagues 1-1 about instances of injustice, he can build greater consensus around the need for reform. “Criminal justice reform is an idea whose time has come. And the era when we just want to lock more and more people up is coming to a close.” 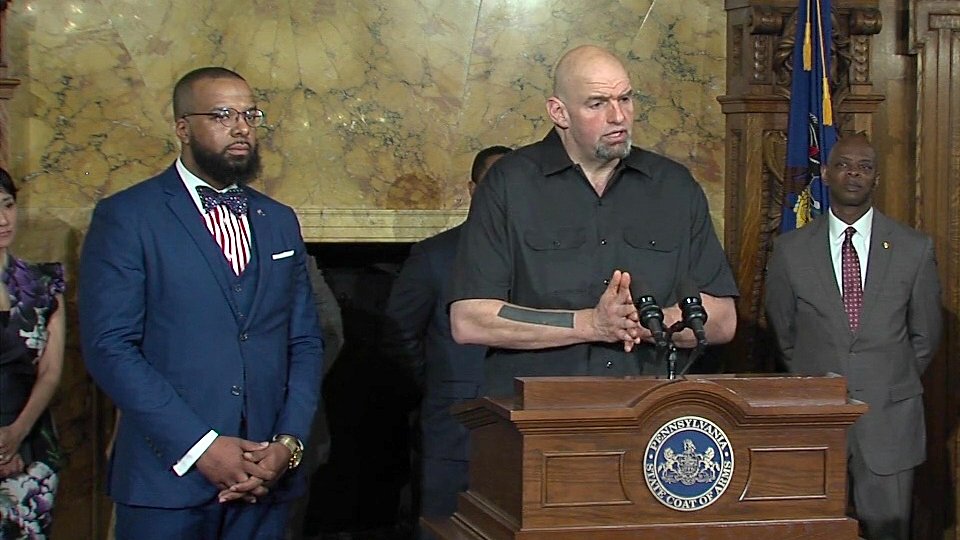 As head of the PA Board of Pardons, our new Lt. Governor is taking swift action to make pardons faster and more accessible. That means fewer people being held back because of a mistake they’ve made in the past!

Senator Casey is a leading voice for justice reform at the federal level. He’s often been among the first and loudest to condemn the Trump administration’s “tough on crime” policies, which needlessly hurt Americans trying to get back on their feet.

This is wrong. DOJ should focus on prosecuting violent criminals, not nonviolent drug offenders. We must reform our criminal justice system. https://t.co/JuD4BDndlc

Despite some exciting progress towards a safer and fairer PA, there’s still much work to be done. We need to put local Democrats—judges, commissioners, district attorneys, and the like—in office this November so we can accelerate reform and overcome “tough on crime” Republican obstruction.

Donate here to elect Democrats who will fight for criminal justice reform.