The Supreme Court’s Janus vs. AFSCME decision of 2018 struck a powerful blow against the unions in this country. The anti-worker groups funding the case thought they’d quickly cripple organized labor by driving public employees to leave their unions.

Today, anti-union billionaires are spending millions to destroy unions in Pennsylvania, and the interest groups they fund only have one goal: to make it easy for the rich to make more money at the expense of working families.

But their efforts to crush workers are failing.

In the last year, organized labor and its Democratic allies have only redoubled their commitment to helping workers get ahead.

Teachers have gone on strike for fair wages and increased funding for public education and won. Hotel workers have fought for protections against sexual harassment and won. And union-busters have lost in court again and again. 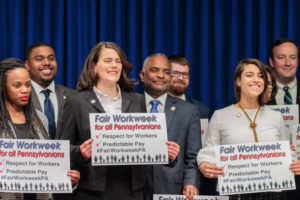 As a result, Pennsylvania unions remain strong. In 2018, Pennsylvania had 700,000 workers represented by unions, the fourth highest union membership in the country.

Unions have continued to be successful in reducing wage gaps for women and people of color, fighting for the economic growth of middle and low wage working people, and fighting for laws that benefit all working people, like Social Security. Additionally, labor unions, by law, protect every worker, not just members.

Across our state, workers turn to unions as a support system for protecting their rights, and PA unions are growing stronger every day. 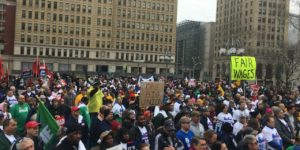