Live from King of Prussia, PA, Lara Trump will soon launch Women for Trump: a coalition dedicated to recruiting women to vote for Donald Trump.

We imagine it’ll be a pretty small group, given that the Trump administration’s policies have been a devastating setback for women across Pennsylvania.

On the other hand PA Democrats are working tirelessly to advance women’s rights and safety on every front. Here’s how Democrats in Pennsylvania are fighting for women!

Governor Tom Wolf is Pennsylvania’s foremost supporter of abortion rights and pay equality. He has:

Auditor General Eugene Depasquale has helped PA reduce its backlog of untested rape kits by roughly 90%, dropping the number of kits awaiting testing from 3,000+ in his 2016 report to under 400 in 2019. 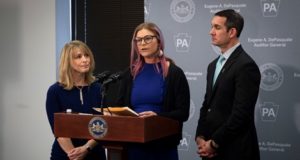 Representative Madeleine Dean serves as Vice Chair of the Bipartisan Women’s Caucus, which recently hosted hearings with survivors of sexual harassment in the workplace. 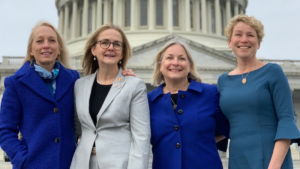 Legislative Democrats have collectively introduced dozens of bills aimed at addressing sexual harassment in the workplace, including: 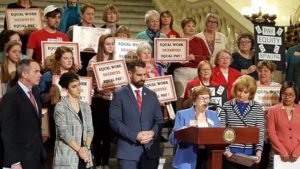 In 2018, PA Dems elected the largest contingent of women Pennsylvania has ever elected to the federal office and sent many energized female representatives to Harrisburg as well.

We will continue supporting female candidates up and down the ballot to reach equal representation in government and ensure women are not forgotten in decision making.