Donald Trump has spent a shocking amount of time on Twitter since taking office. He tweets so much his Twitter account serves as a written record of his deepest thoughts and concerns.

So what is Donald Trump thinking about?
» Is he mulling how he could reduce the skyrocketing cost of prescription drugs? (No.)
» Is he worried that his lawsuit could dismantle the Affordable Care Act and its protections for people with pre-existing conditions? (Nah.)
» Does he care about the stagnant wage growth that’s leaving Pennsylvania families behind? (Heck No.)

Thanks to the new website TrumpsPriorities.org, we now know exactly what Donald Trump thinks about most, and (surprise!) it definitely isn’t how he can help you or your loved ones…

Trump has tweeted about himself 2,837 times, but has only mentioned the minimum wage ONCE: 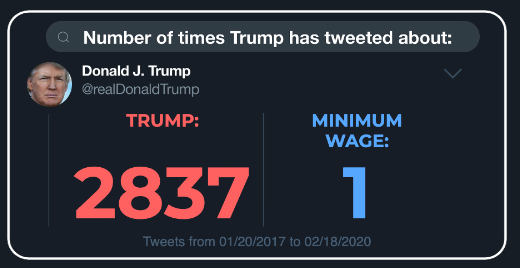 Trump has ranted about “Fake News” 654 times, but he has only mentioned Social Security FOUR times: 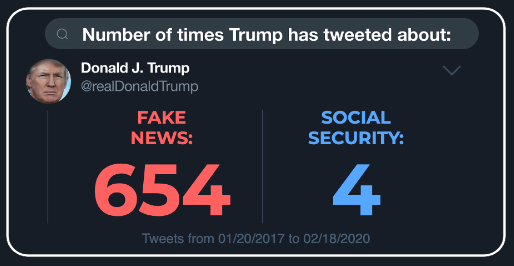 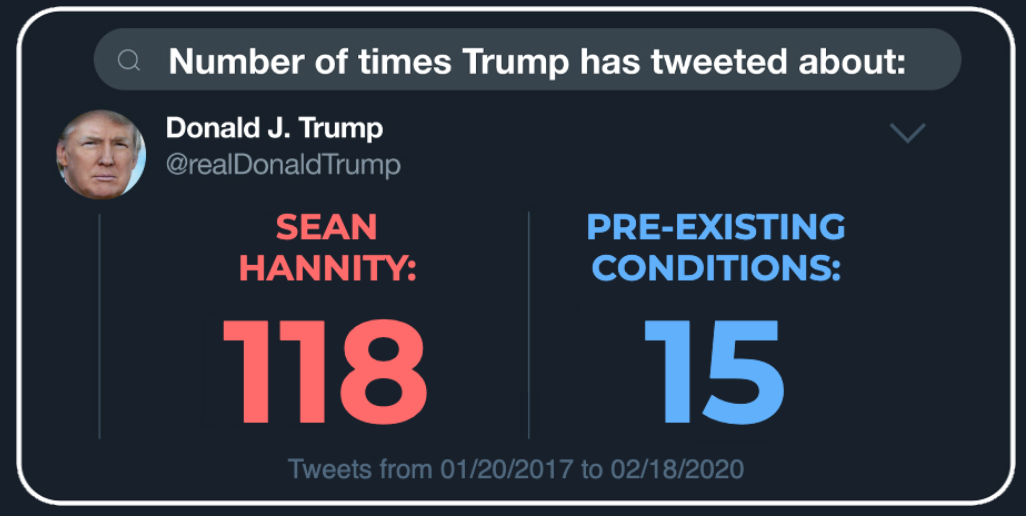 Instead of lowering prescription drug costs, improving public education, or raising wages, Donald Trump has spent his time in office thinking about himself, his wealthy donors, and his wealthy friends.

We’re working around the clock to elect a Democratic president that actually cares about the people of Pennsylvania! Chip in to power our grassroots campaign to defeat Donald Tump in November.