Click or tap the maps below to learn more about each race and the Democratic candidates. 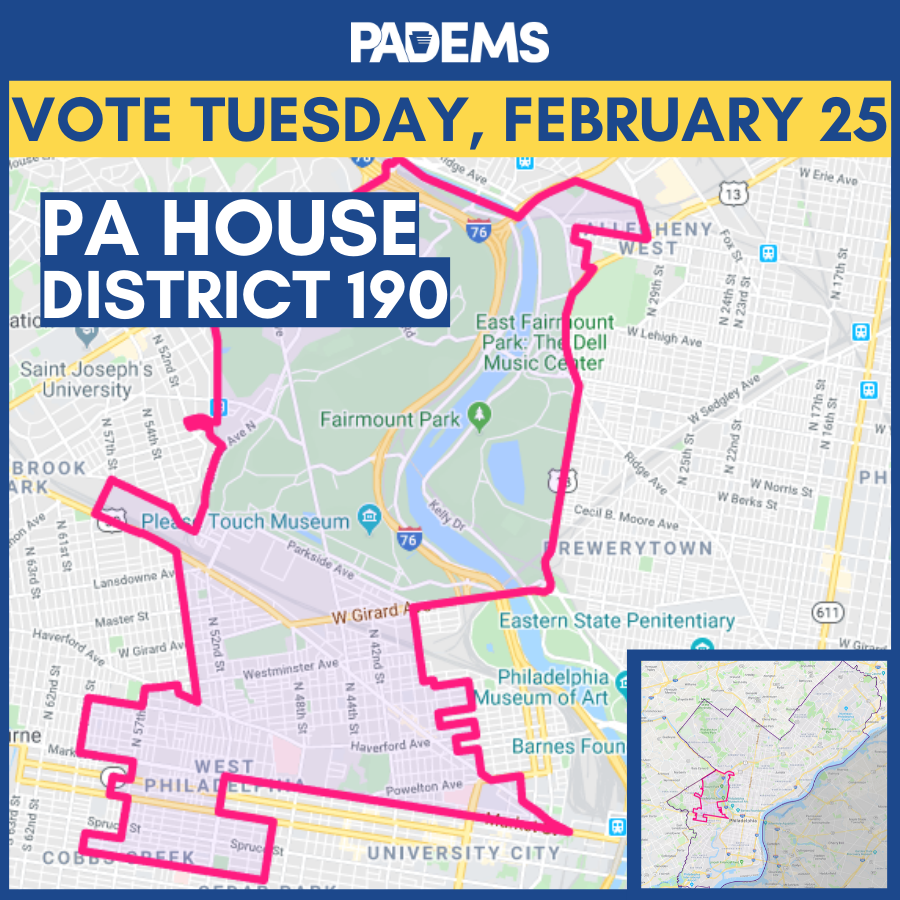 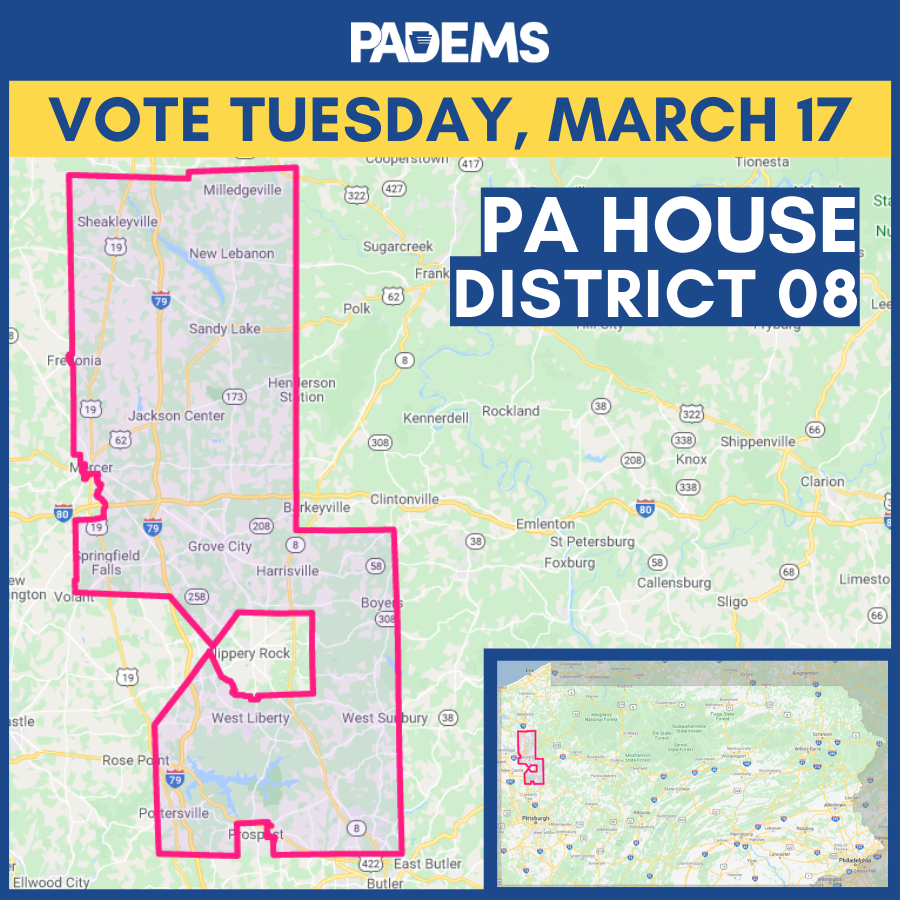 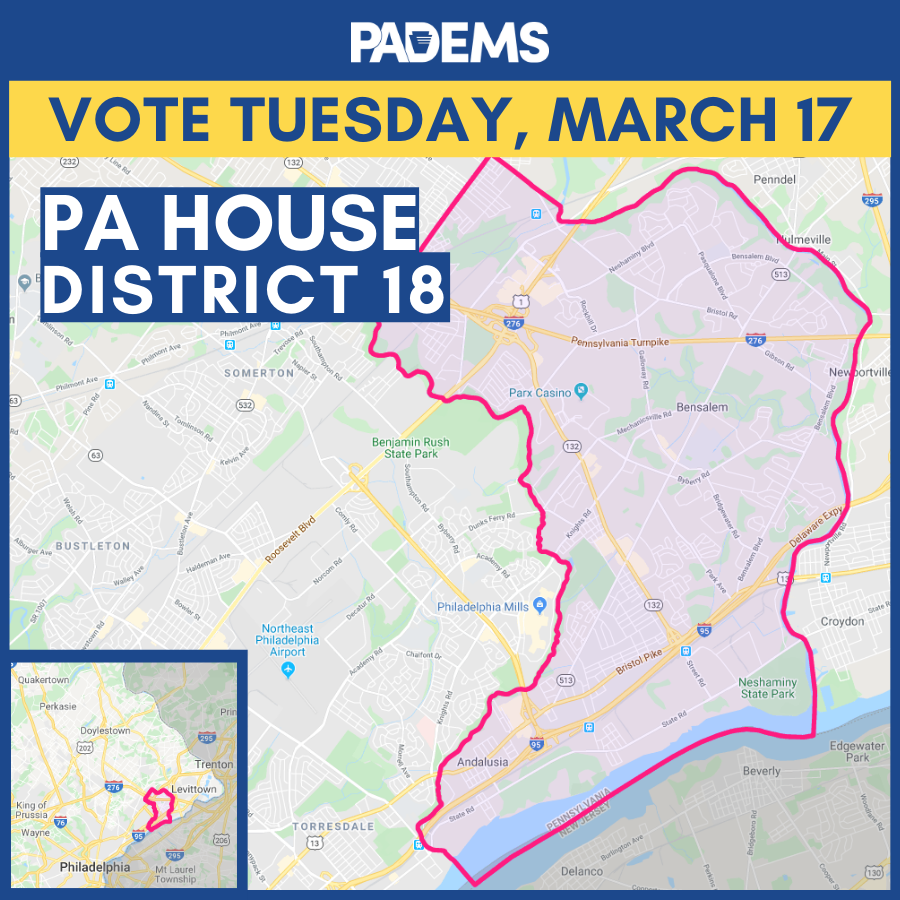 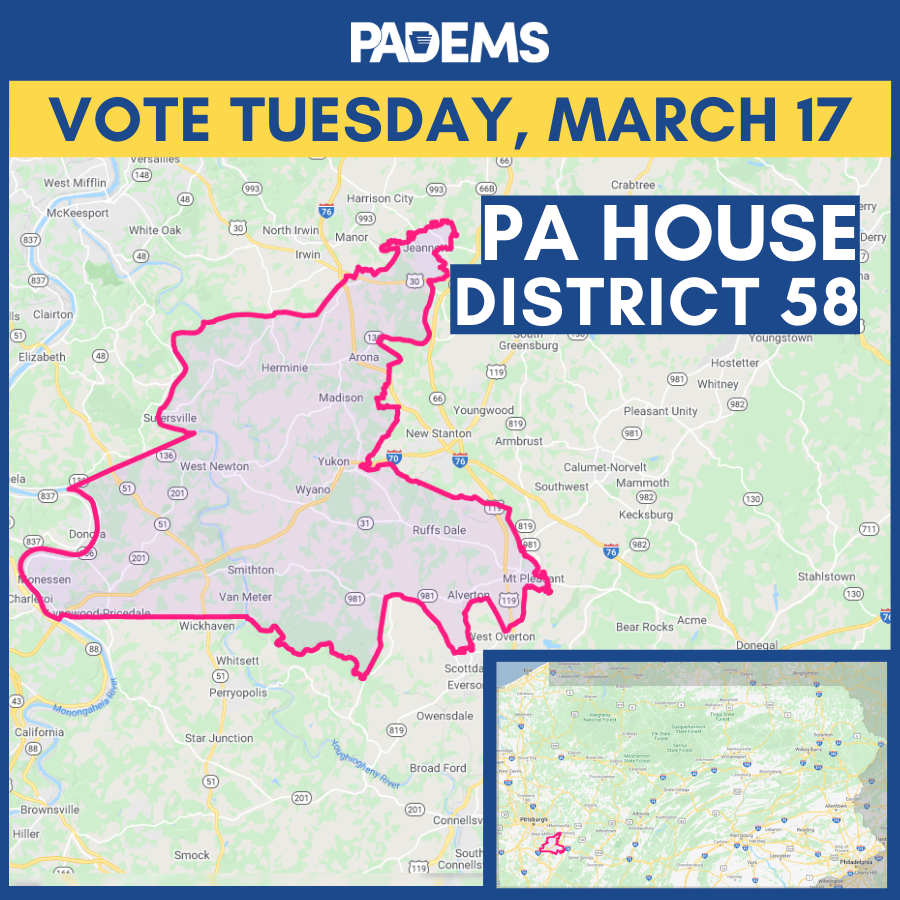 What is a Special Election?

A special election is held to fill an elected position that’s vacated prior to the scheduled end of a term, such as when a lawmaker retires or takes higher office. Special elections can happen throughout the year—on any Tuesday at least sixty days after the seat is vacated.

Currently in PA, there are four special elections in progress to fill four empty seats in the PA General Assembly. The winners will serve until the seats’ regular terms end on December 31, 2020.

Who can vote in a Special Election?

Any registered voter—regardless of party registration—can vote in special elections held within their district.

Click here to look up your legislative districts and find out whether you can vote in any of the 2020 special elections!

Where and when can I vote?

G. Roni Green is a labor organizer for SEIU Local 668 in Philadelphia. She’s running to hold a traditionally blue seat and strengthen the voice of working Philly residents in Harrisburg.

A thirty year resident of the district, Roni is an activist, a Democratic Committeewoman, and a leader of her local civic association. She has spent all her life listening to her neighbors, especially workers, and fighting to advance their causes.

Roni will be a new and sorely needed voice for women, workers, and communities of color in the halls of Harrisburg!

House District 190 is located in Philadelphia, serving the majority of West Philly and Fairmount Park. The special election will take place on Feb. 25, 2020 from 7:00 AM to 8:00 PM.

Phil Heasley has lived and worked in Western Pennsylvania all his life. He’s running to be a voice for EVERYONE is his community because he sees their struggles and believes they have a right to expect more from their representatives.

Phil attended Butler High School and Edinboro University before taking over his family’s business: Butler Gymnastics Club. As a local business owner, he knows what it means to listen and to serve. He’s also experienced the challenges of local business and economic policies firsthand.

Phil vows to take that real-world experience to Harrisburg and to never forget the hardworking community he came from!

House District 08 serves large portions of Mercer and Butler Counties. The special election will take place on March 17, 2020 from 7:00 AM to 8:00 PM.

Harold Hayes is a father, union plumber, and former business owner who lost his plumbing company in the Great Recession. Harold is running to be a voice for hardworking Bucks County families like his, who have been left behind by policies that only benefit the few.

Harold has been active in politics and the labor movement his whole life. As a kid, he recalls canvassing with his mom (a Democratic committeewoman), and he’s been an active member of Plumbers Local 690 since he was a teen. In 2005, Harold opened his own union plumbing business, but when the economy tanked, he was forced to shut its doors even as wealthy corporations received billions in bailouts.

In Harrisburg, Harold will fight on behalf of workers and families and against Republican policies that keep working people down.

House District 18 encompasses Bensalem Township and other neighborhoods in Lower Bucks County. The special election will take place on March 17, 2020 from 7:00 AM to 8:00 PM.

HD-58: A Fighter for Southwest PA

At the heart of Robert’s impressive resumé is service: service to our country, our military, his community, and the young people of PA. His lifetime of service leaves him extremely qualified to serve as State Representative on behalf of Westmoreland County.

In Harrisburg, Robert Prah Jr. will fight hard for the people Westmoreland County just as he has all his life!

Click here to donate to the Blue Majority Fund, our financial resource to support every legislative candidate in 2020. Your investment will power local outreach, advertising, and organizing for every special election candidate.

There are three easy and convenient ways to vote in Pennsylvania this fall—by mail, early in-person, or on Election Day!

Request your ballot or make your plan to vote in person through the PA Dems' Voting Center.
or request your mail-in ballot now...